Building a Culture of Feedback: Key Insights From Our Fall 2018 Growth Series

Our fall Growth Series event, “Build a Healthy Feedback Culture,” took place on September 19 and featured Sheila Heen, New York Times best-selling author, as our keynote speaker. We couldn’t have been more thrilled to welcome her to the islands.

Heen is the co-author of the New York Times best-sellers Difficult Conversations: How to Discuss What Matters Most (Penguin 2000), and Thanks for the Feedback: The Science and Art of Receiving Feedback Well (Even When It’s Off-Base, Unfair, Poorly Delivered and Frankly, You’re Not in the Mood) (Viking/Penguin 2014). She is also the founder of Triad Consulting Group and a lecturer on law at Harvard Law School and has even provided training for the Obama White House.

During our final Growth Series event of the year, Sheila Heen engaged Hawaii’s business community around the topic of giving and receiving feedback, while unpacking common challenges and insights on how to use it to fuel growth and learning within teams and organizations.

It’s not enough for leaders to give feedback — they must be generous receivers as well. After all, it's actually the receiver who controls the feedback conversation (and its success).

According to Heen, receiving feedback is a distinct leadership skill. “The fastest way to change the feedback culture in any organization is for the leaders to learn how to accept feedback,” she said.

It can be intimidating for team members to give feedback to their leaders, which is why Heen suggests a better method: ask for just one thing. For example, after an important client meeting, don’t ask a big, unfocused question like “Do you have any feedback from today’s meeting?” Instead, ask your team, “What’s one thing you’d change about this meeting?”

Heen says it doesn’t matter what comes after “just one thing” but to make sure that’s how your question begins. The “just one thing” form of questioning gives your team the freedom to provide feedback and sets the example that leadership is open to feedback.

#2. Feedback Should Fall Into One of Three Categories

While the word feedback prompts many to think about performance reviews, according to Heen, feedback is all of the information available to you about yourself every day. More often than not, this information is informal rather than formal, and unspoken instead of direct — whether it’s a person’s tone of voice, body language or other non-responses.

Heen stated that while there is one generic definition of feedback, there are actually three types of feedback a person can give and receive: appreciation, coaching, and evaluation.

The best way to ensure that a healthy feedback culture exists is to ask your team members how much of each type of feedback they’re getting. Most importantly, figure out which of the three types they feel they are lacking..

#3. Everyone Has Different Sensitivities to Feedback

Heen pointed out that everyone has a different threshold and sensitivity to receiving feedback. She discussed two categories of people: the highly sensitive and the under sensitive.

Knowing the type of person you are when receiving feedback and being more aware of the type of feedback you need will help you to coach those around you on how and when to give you feedback in a way that will be most effective. Asking specific questions and freely discussing your needs concerning feedback is a huge shift towards a healthy feedback culture.

#4. There Are Three Types Of Reactions To Feedback

In Heen’s experience, she has discovered there are three kinds of reactions to receiving feedback.

Triggered reactions happen immediately after receiving feedback and often impede on learning or applying any piece of the feedback. According to Sheen, the important thing to remember is that you can learn from even unskilled, off-base feedback. Just because it’s 90% wrong doesn’t mean there isn’t 10% that might help you grow.

We were so pleased to host Shelia Heen for our Growth Series event “Build a Healthy Feedback Culture”. With her helpful tips and instruction, we know that you can make dramatic changes to your organization's feedback culture. As always, ProService is invested in your business's growth and success, stay tuned for our next Growth Series event in 2019. 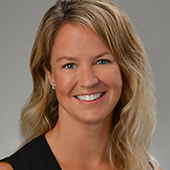 With more than 17 years of experience working across and managing high-performing teams, Ruth’s passion is for leading and motivating members to be change agents. She is currently the Director of Marketing at ProService Hawaii. Before joining ProService, Ruth held various leadership roles at Microsoft in marketing and product organizations.
PREVIOUS ARTICLE

5 Things to Do After a Difficult Conversation at Work

4 Types of Insurance Every Employer Needs in Hawaii